Earlier this year I become interested in the cryptocurrency scene, particularly bitcoin. In addition to buying some bitcoin on Coinbase, I also bought an AntMiner S3 on eBay. I was using the AntMiner via the NiceHash service, but after the recent hack, I decided to move to an actual pool. After a very short amount of research, I decided to go with SlushPool, which is one of the older pools.

So how much do I make with my AntMiner? Not much, really. In fact, I probably spend more on electricity than I make. To make things confusing, I get paid for mining with bitcoins, whereas the electric company bills me in US dollars. 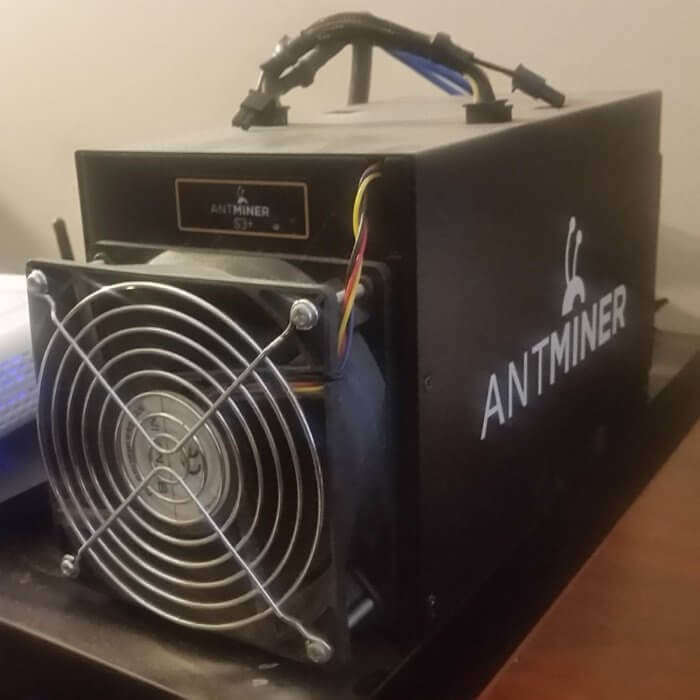 I’m not sure exactly how NiceHash worked. I only got paid twice via their service, and I was close to another payout before they got hacked. SlushPool seems to be more straightforward on how much they pay.

Miners get paid for every block the entire pool verifies by the following equation:

The pool’s fee is 2%, and the average block value is about 16 bitcoins (12.5 bitcoins for a block reward plus transaction fees). So the equation could be simplified to:

Okay, back to how much I make. Let’s continue to plug the numbers into the previous equation:

Although we can just plug that into a calculator, let’s factor out the extra zeroes on the division (let’s keep my hash rate at the hundred’s place, though):

How often do I get a reward? It varies greatly - as little as a minute and many as several hours. However, it averages to about once an hour.

How much this is in US dollars is left as an exercise for the reader.

Finally, I was curious how much of the different AntMiner S-units would make, so I made the following table:

Remember that Gh/s = Gigahashes / second and kWh = kilowatt-hour. The reward is in bitcoins. The source of the hash rate and watts is from the bitcoin wiki.