Five Rivers Metroparks Levy - Why I'm Voting No in 2018

One of the two issues on the ballot across Montgomery County, Ohio this election cycle is the Five Rivers Metroparks Levy. Despite using - and enjoying - the Metroparks, I intend to vote No on this ballot initiative. It is the intent of this post to explain my reasoning.

Before I explain my reasoning, though, let’s look at the wording on the ballot, and exactly what this Five Rivers Metroparks Levy entails.

at a rate not exceeding 2 mills for each one dollar of valuation, which amounts to $0.20 for each one hundred dollars of valuation, for 10 years, commencing in 2018, first due in calendar year 2019. An existing levy of 1.8 mills, having one (1) year remaining, will be canceled and replaced upon the passage of this levy.

(There’s a six next to the wording, plus all the marketing has a six on it, so I assume this means it’s Issue 6.)

In case the ballot language is too wordy for you - it rates at a level of 18 on a Flesch–Kincaid readability test - here’s a quick translation: this levy is to replace the current 1.8 mill levy with a 2.0 mill levy - an increase of 0.2 mills.

How much will this cost the average person? That number is hard to tell since this is a property tax increase and will only directly affect property owners. Property owners are taxed based on 35% of their property value - so the owner of a $100,000 property will owe $7 more per year if this levy passes:

Levy cost increase for a $102,620 property, as reported by the Auditor’s Website

Why I’m Voting No on the Five Rivers Metroparks Levy

First and foremost, voting no on this levy does not defund Five Rivers Metroparks. The current levy still has a year left before it expires. In fact, if this levy fails, you can expect to see it on the ballot every election until it passes, although they may decide to play it less risky and have a simple renewal - and not an increase - if this ballot initiative fails.

Thirdly, Dayton - the county seat of Montgomery County - just had an income tax increase at the end of 2016 from 2.25% to 2.5%. This affected both those who live or work in Dayton. Again, asking people for more of their money in such a short timeframe isn’t fair.

How You Should Vote

I’m not going to tell you how you should vote. However, I will say, if you like the Metroparks, I would highly encourage you to put your money where your mouth is and head over to the Five Rivers Metroparks donation page and make a donation. 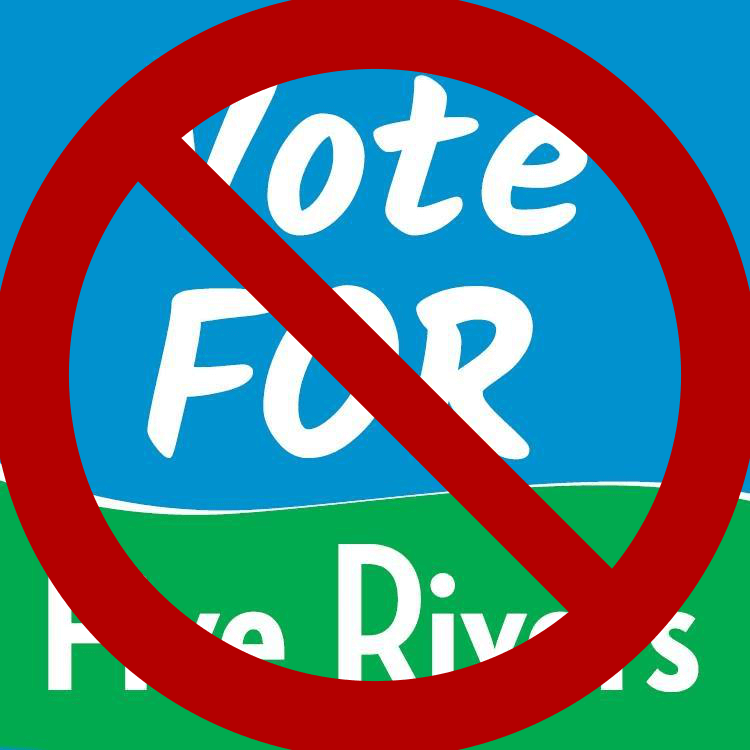