How 0% Interest Can Be A Lie

Recently my brother was telling me about a deal he received on financing a new truck. He had gone to the dealer to browse and possibly buy, and after a bit of negotiation with the salesperson, agreed to a price of $20,000* at 0% interest for 60 months. However, the dealer was unable to actually approve him for 0% interest, so my brother shrugged his shoulders and proceeded to walk. 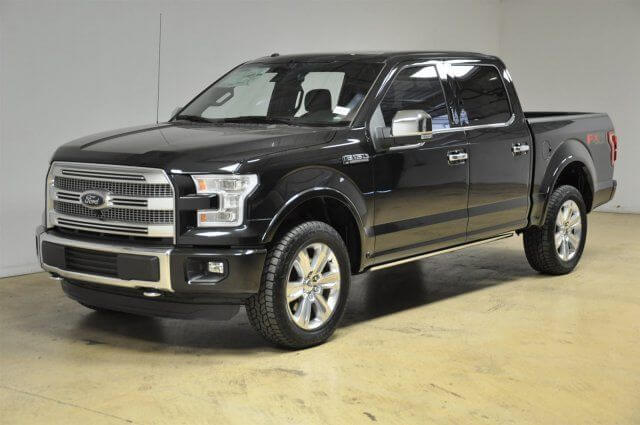 Not the exact truck my brother bought, but rather an image from Wikimedia

Desperate for a sale, the salesperson chased him out the door and said they could sell him the vehicle for $17,664 - but at an interest rate of 5%.

*When my brother told me about this deal, he didn’t provide any numbers, so I made up some (hopefully) realistic numbers to move the story along.

Both interest rates have the same monthly payments:

Note: That second formula is the loan payment formula:

So where exactly is the deal? What is the advantage?

In fact, there’s a third possibility - a negative interest loan - which has an incentive and advantage to keeping the loan to full term.

If we look at a graph of paying each one off by month, we also see that it’s not a linear journey: 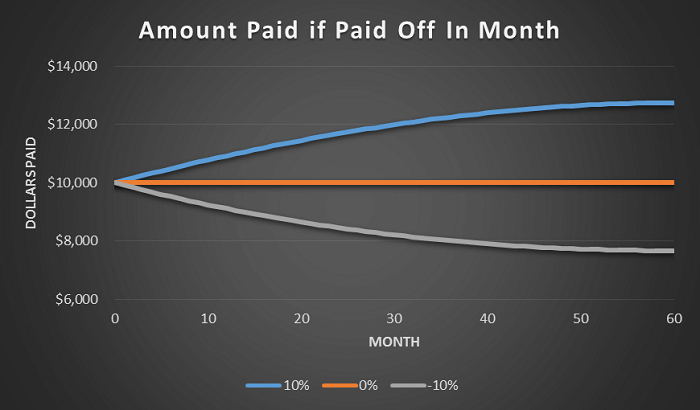 Obviously, if the amount is not negotiable - for instance, if you go to a bank or credit union, or you’re refinancing an existing debt - you want the lowest payment. But if the amount is negotiable, then you can actually benefit from having a higher interest but lower balance.

One last question before I finish - which of the following is best: