Is Technology Accelerating? An Analysis of US Patent Records

Technology keeps progressing faster and faster. It’s accelerating. Or so I’m told. But is it really? How can we tell?

It would be nice if there was some empirical way to see if there have been more technological advancements recently than, say, 100 years ago.

After thinking about this idea for a while, I realized there was a way - patents. I could make the assumption that more patents mean more inventions, which would correlate to faster technological advancement. 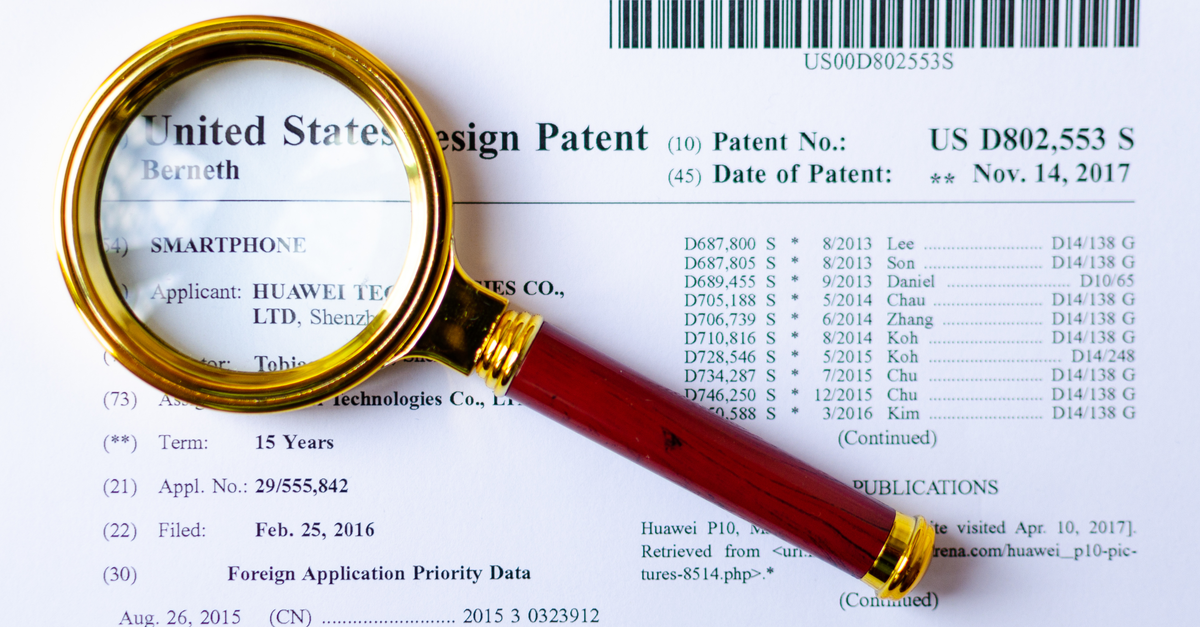 My Source of Data

That’s when US Patent #1 was issued.

But wait, didn’t the US come to be in 1776? The current US Government and the current Federal government came to be in 1789. Shouldn’t the first US patent be issued sometime in either 1776 or 1789?

There were patents issued before 1836, however, there was a fire at the U.S. Patent Office destroying much of these patent records.

Oh, and if you can’t tell by the links, I got my data from Google Patents.

That means, if I wanted to process every patent, it would take almost 62 days to process:

Fortunately, I don’t have to figure out what those numbers are - WolframAlpha figured out the divisors of 10,709,050 for me: 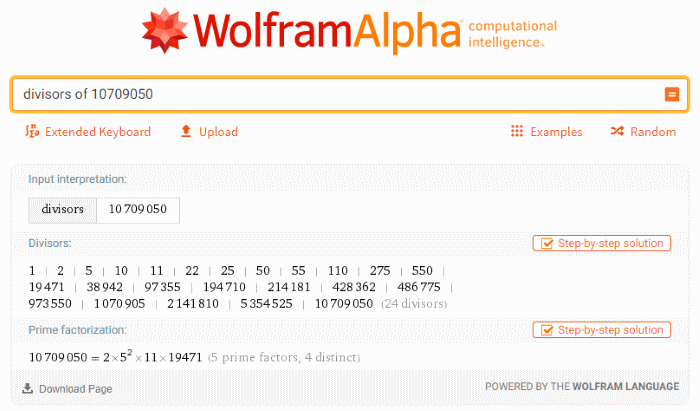 You may have noticed in the above code that I saved the results in a CSV format with the columns count, year, month, and day.

count is just the patent number.

Instead, I approximated the time of year in decimal format with the following equation:

For the plots, I used scatter plots. For the patents per year, I used pivot tables.

Oh, and here’s a link the the Excel sheet. 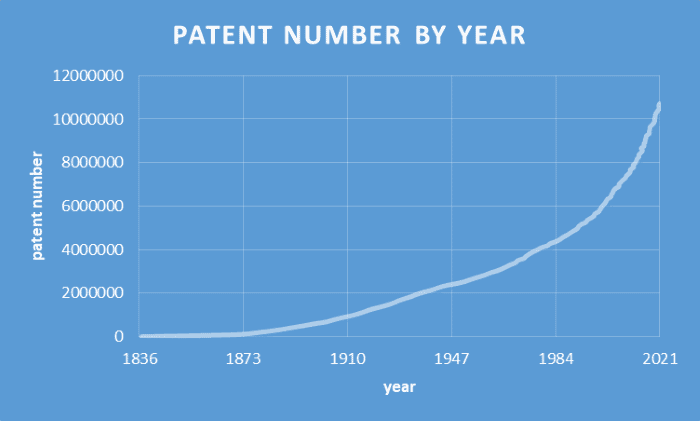 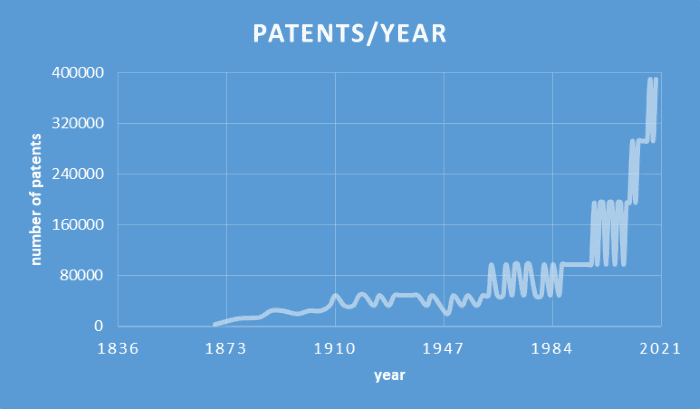 There is an issue with patents per year. Since I’m skipping every 97,355 patents, I skip many years, especially early on, and even more so with the first 33 years of patents - my second patent record is patent 97,356 from 1869](https://patents.google.com/patent/US97356).

There are at least two ideas that could warrant further research.

Since the patent records don’t seem to be queryable by date, this may require some binary-like search algorithm to find the final date,

The second is to add other, potentially older, patent records to the dataset. At the time of this writing, Google Patents currently has “over 120 million patent publications from 100+ patent offices around the world”.

Adding non-US patent records could pose a couple of problems. First, there may be duplicate patents - the same invention, by the same inventor, may be patented in more than one jurisdiction. Second, the addition of overlapping patent records may result in anomalous “upticks” in patent numbers. Normalization would be required to level out said upticks.