Revert An Older Commit Without Discarding Any Later Commits

After making a few changes to this blog in an attempt to appease Amazon and failing, I wanted to undo those changes. Thankfully, since this blog is hosted on GitHub pages, it’s versioned controlled via Git. Meaning I should easily be able to find the changes and undo them fairly easily.

In Git technical terms, I wanted to revert an older commit without discarding any later commits.

Some people might say you’re undoing a commit, which I guess is technically correct, but there’s also a reset command that brings a repository back to that commit.

First things first, I needed to find the individual commits I wanted to revert. This is where good commit messages would have come in handy - except I can be lazy when it comes to repos only I use.

Eventually, I found two commits I wanted to revert:

The nice thing about having two commits I wanted to revert is that I could do one via the TortoiseGit GUI and one via the command line.

Revert an Older Commit Via the TortioseGit GUI 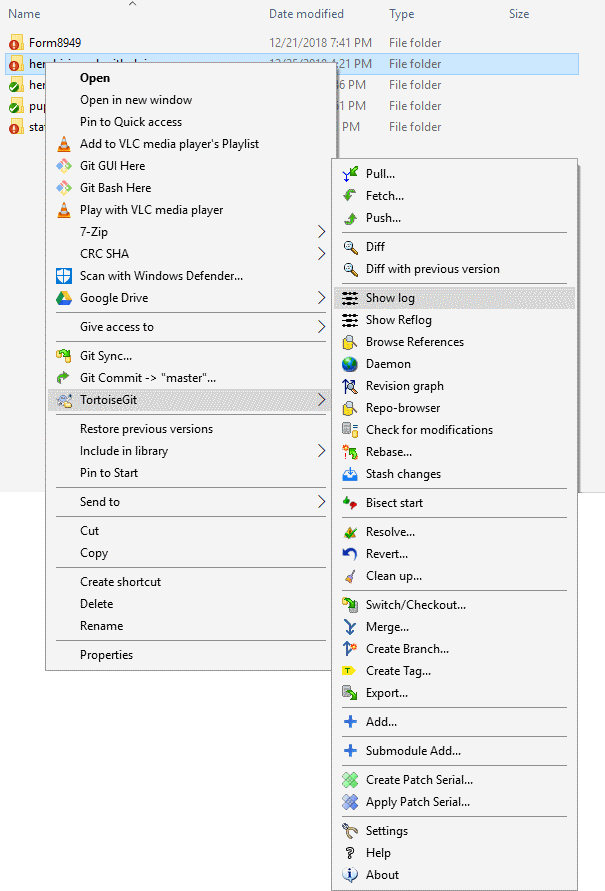 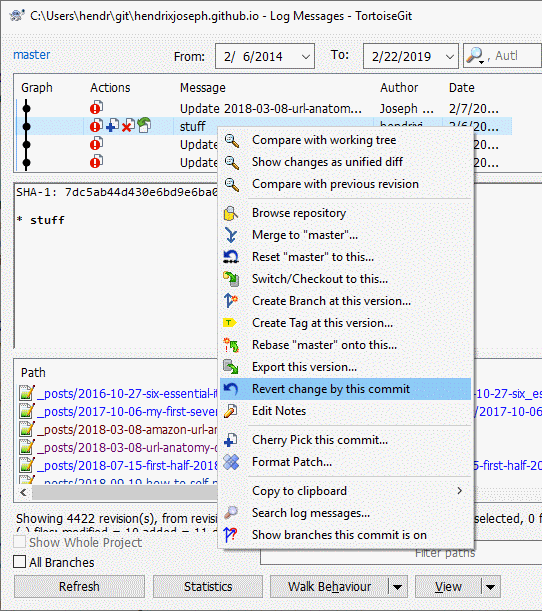 At this point, most people would have successfully reverted their commit. I, however, got a “Failed Revert” dialog that said “error: could not revert”: 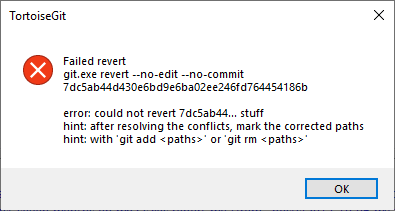 It wasn’t all bad, though. For the most part, my revert did happen, it just wasn’t able to auto-commit after the revert due to a conflict with a later commit. I simply navigated through the Git directory in my file system and solved the conflict.

Revert an Older Commit Via the Git Bash Command Line

Now for the next commit undo, which I wanted to do via the command line.

To reach the Git command line, I just right-clicked on the Git directory and selected Git Bash Here (look at the image on step two above to see where it’s located). The Git command to revert a specific command is straightforward:

The commit hash is that last bit of numbers and letters in the GitHub commit url. So the command I typed was:

The revert was successful, and it did autocommit successfully as well (there were no conflicts). Being Git, I did have to push manually.

If I didn’t want to auto-commit, I would simply have to supply the --no-commit or -n flags:

Here are the links to the revert commits on GitHub if you’re wondering what they look like (spoiler: nothing special):