It’s July, the seventh month, meaning the first six months of the year are over. In other words, the year is already more than halfway over.

I talked with my wife the other night after we put the kids to bed about we’re we stood on our goals for 2020. 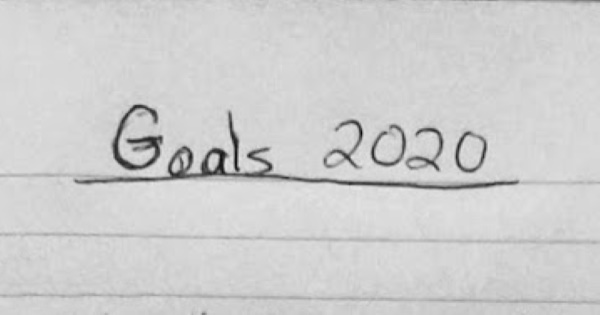 A few of these goals we haven’t been able to do due to the coronavirus pandemic. These missed goals include:

Our church’s public masses (i.e. services) we canceled from sometime in March but resumed on May 25. However, we feel that having two kids increases the disease vector not necessarily for us, but for the other parishioners in attendance.

One of the conferences I intended on going to - the District 40 “D40” Toastmaster Conference - was canceled. I did attend the first sitting of the 2020 Libertarian Convention - virtually - where we nominated Jo Jorgensen for President and Spike Cohen for Vice President. Next weekend I’ll be going to the Libertarian Party of Ohio 2020 State Convention - with a mask, of course.

I’m not sure Sam’s Club is even having their free public cholesterol-checking clinics. Even if they were, I wouldn’t want to go.

However, we have been able to meet (or are on target to make) quite a few goals:

The first three financial ones are pretty easy since they’re automatic.

I’ve expanded the French drain system I installed earlier this year. I’ve been buying a lot of dirt from Lowe’s, as well as grass seed, trying to clean up and level the back yard.

Not only have I been keeping track of what I’m eating (mostly focusing on calories), I’ve started walking/running three times a week (Monday, Wednesday, and Friday) - plus I pick up some trash at the park on my final lap:

Been going on walk/runs at a local park 3x a week. Decided on my final lap I'd pick up as much trash as I could in a @Kroger bag (grocery bag for you heathens). The park isn't that trashed to begin with, but I'm still able to fill the bag quickly. pic.twitter.com/9QeC99N8mn

I’ve semi-published the app to the Android store; right now it’s in an “alpha” development stage. It’s got a few more tweaks needed and then I think it’ll be ready.

Well, that’s it for now. How’s your year going? How has the pandemic affected you?