A Mostly Financial Pregnancy Timeline and The First Four Months Of Life: My Experience As A New Dad

This past year has been quite an adventure. I got married. I just finished school yesterday. And today is my son is four months old. I’ve been chronicling what’s been going on, relying heavily on things such as medical bills and insurance explanation of benefits to fit things into a neat timeline. Hence the whopper of a title A Mostly Financial Pregnancy Timeline and The First Four Months Of Life: My Experience As A New Dad.

I swear, this must be the longest title yet.

My wife’s OB/GYN orders bloodwork to confirm that she is pregnant. Initially, the lab sends the bill to my wife’s previous insurer, which promptly gets denied. My wife is has been on my insurance since we got married. Things are processed correctly once the bill is sent to the correct insurance.

We have the first ultrasound done in the OB/GYN’s office. This is the first time we see our son. 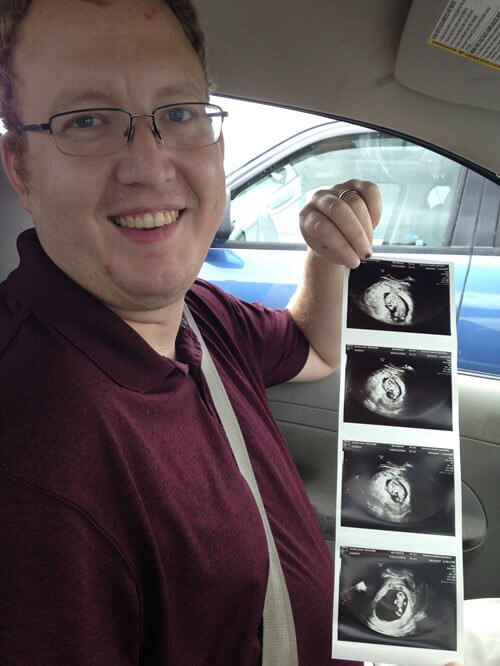 Me holding images of the first ultrasound.

Together with some blood work done by an outside lab, this cost $264.23.

My wife has a quad test completed, which comes back negative for any defects.

What I could find ask the provider is how much they will bill the insurance. Interestingly enough, they bill more for a triple test than a quad test, even though the quad test includes the same three tests in the triple test, plus another test.

The first-trimester ultrasound is done. We also find out the gender of the baby (it’s a boy!).

We pretty much got the hospital bill right away but didn’t get the doctor bill until almost a month later.

The doctor’s EOB for the first-trimester ultrasound is processed. We got the bill soon after.

I withdrawal money from my HSA to cover the estimated payment made to the OB/GYN.

My wife orders a breast pump, which is fully paid for by our insurance company.

We were told if we make the estimated payment to the hospital at the time of service, we’d receive a 10% discount, so we do so. Nevertheless, we end up receiving a bill for the remaining amount due (over a $200 difference from the estimated amount) and receive no discount.

While we had an EOB of $132.75 for the ultrasound doctor, we never receive a bill. It turns out they took the payment from the estimated payment we made earlier this month to the OBGYN.

My wife feels something is wrong with the baby, so we head to the hospital.

Again, my wife feels something is wrong with the baby, so we head back to the hospital.

Note: At no time did I feel like this trip or the March 11th trip was a waste of time or money. If you’re pregnant and feel as if something is wrong with your baby, don’t hesitate to go to the maternity ward at the hospital and get checked out.

This time, the bill is only $479.60. This is because this visit caused us to reach our deductible, meaning until we reach the out-of-pocket max, we’re only responsible for 20% of any medical bills. The insurance company is responsible for any remaining amount.

My wife goes into labor around 7 am, and we head to the hospital.

We have photos taken of the new guy (and us!). It was a bit pricey - $145! - but we thought it was worth it. We were able to see the photos before we bought them, so that was a huge plus. 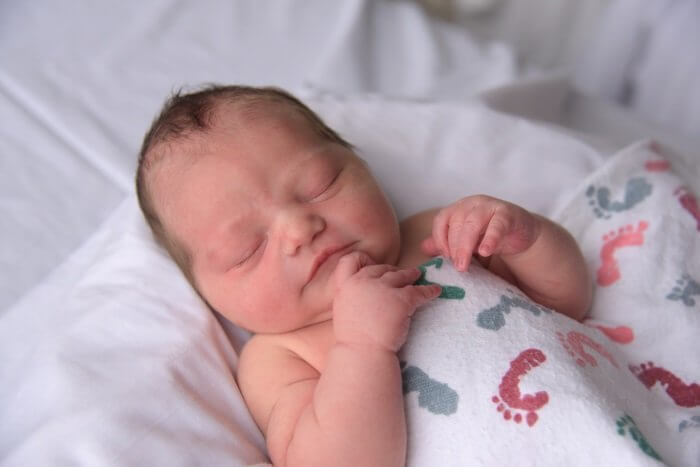 An expensive photo of the little guy.

It’s not a simple as making a single $2,294,46 payment. It turns out we originally overpaid the OB/GYN, and the insurance company initially denies every service in my son’s name since I haven’t had the chance to put him on my insurance yet.

My son has his first pediatrician appointment outside of the hospital. This is a normal appointment and is coded as preventative, so the insurance fully covers it.

We have his bilirubin levels checked. They’re on the decline but still too high.

The last day of the little guy getting his foot pricked. His bilirubin levels are at an acceptable level.

My son has a pediatrician appointment. This is also a normal appointment and is coded as preventative, so the insurance fully covers it.

My son had to get his belly button cauterized during his doctor’s visit. This is the only visit to the pediatrician that we had an out-of-pocket expense since the cauterization wasn’t considered “preventative.”

At first I thought this was a template issue, but apparently this has to do with gay marriage being legalized. This made me realize a birth certificate is a legal document, not a medical document.

I pick up a copy of the corrected birth certificate.

The insurance company finished reprocessing the previously denied hospital claim for my son. We owe $78.29, not the entire $10,159.54.

We received a bill from the hospital for that $10,159.54. If I hadn’t been on top of things, there is no way I would have known I don’t actually owe ten grand. 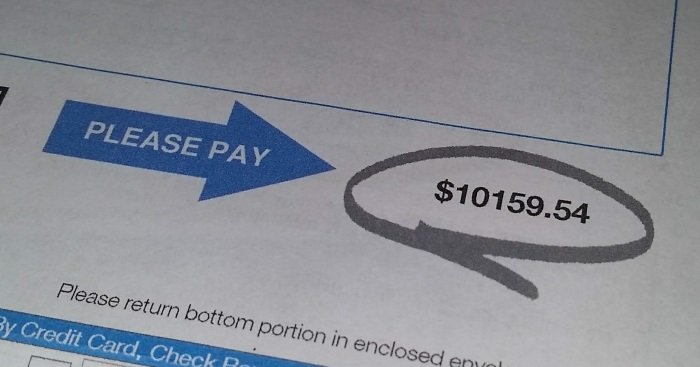 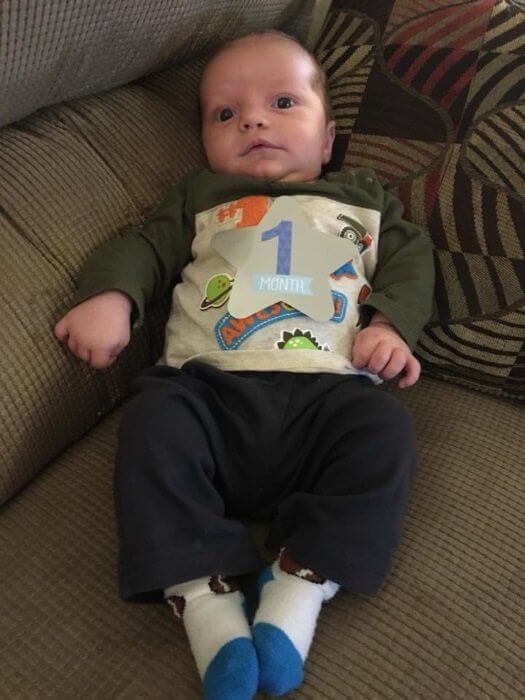 We start getting past due notices from the hospital regarding our bill. Keep in mind we’re still waiting to get our refund from the OB/GYN so we can pay our hospital bills.

I called the OB/GYN’s billing office to inquire about my overpayment of $1,379.74. I’m told I should expect a refund next Friday, which is May 18.

We open up a 529 College Savings Plan for the little guy and put the minimum allowed to start it - a whopping $25.

The little guy gets his vaccines!

We put the money he earns into his 529 College Savings Plan.

I called the OB/GYN’s billing office again to ask about the refund. I’m told they’re waiting to see if there’s an amount to be billed for my wife’s most recent visit and that I should expect the refund on Friday.

We get another past due notice from the hospital.

Seeing no refund, I call the OB/GYN’s billing office. Unfortunately, I called in the afternoon, and the office closes at noon on Fridays.

So I call my insurance company to see if there’s anything they can do. A conference call is set up for Tuesday so the insurance company representative, the billing office employee, and I can all speak at once. (Monday is Memorial Day, so no one is working that day.)

My son also has his two-month checkup today. 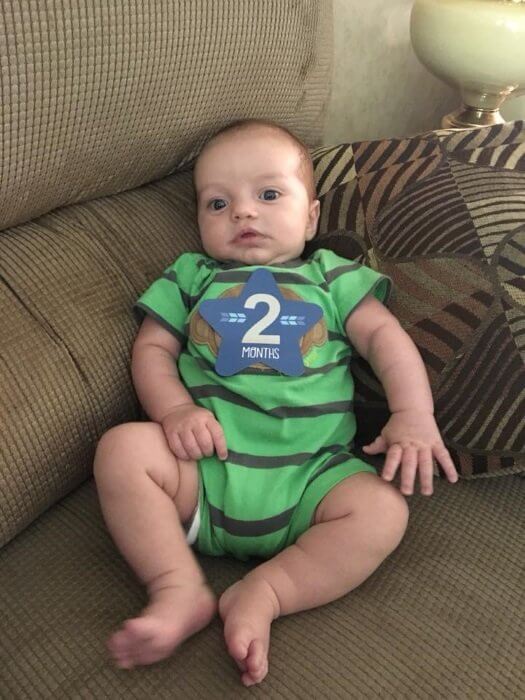 The insurance representative, the OB/GYN’s billing office employee, and I all speak on a telephone conference call.

We get another past due notice from the hospital - this one is marked “2nd Past Due Notice.”

Why only $20.40? I bought a $500 MasterCard gift card from the grocery store, and this quarter was 5% back at grocery stores with the Chase Freedom card. Even with the $5.95 activation fee, I’ll end up ahead if I had used my Chase Freedom Ultimate (1.5% cash back on everything) instead: 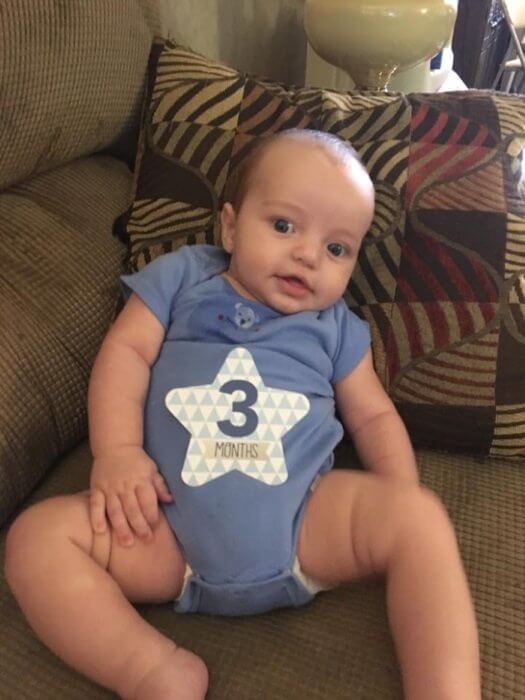 I paid the remaining hospital balance to the amount of $1,109.06. I actually did something similar to the previous month: bought gift cards (this time Visa) from a store that was in the 5% category for my Chase Freedom card. 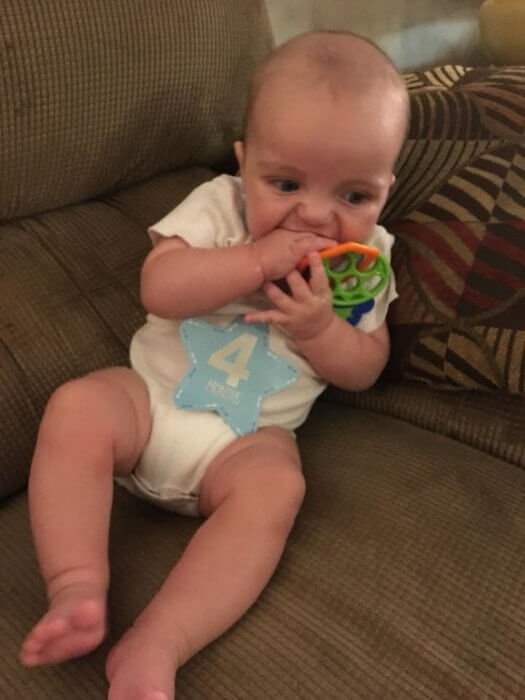 8 comments for A Mostly Financial Pregnancy Timeline and The First Four Months Of Life: My Experience As A New Dad