An Idea to Deal with the Flaw with Cash Bail

There are undoubtedly major flaws with the bail system in the US. The ACLU has looked into bail reform.

But the problem remains. Is there a solution?

I have an idea - if we want to keep bail to begin with. Much of the world simply does not have a bail system (see this Quora answer on bail flaws).

Before we talk about my idea, let’s recap what bail is and then talk about the problem with bail. 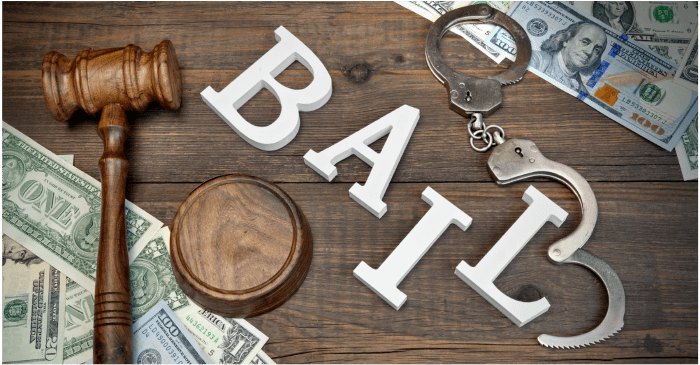 Bail is a method to provide an incentive for an accused person to appear in court.

An accused person pays bail - typically in cash (hence “cash bail”) - and receives the cash back once the trial is over. If the accused does not appear in court for the trial, then they forfeit the cash.

More specifically, according to How Bail Works on HowStuffWorks:

Bail works by releasing a defendant in exchange for money that the court holds until all proceedings and trials surrounding the accused person are complete. The court hopes that the defendant will show up for his or her court dates in order to recover the bail.

The alternative is to either simply trust the person will show, or hold the person in jail until the trial date.

What is the Problem with Bail?

Despite the sixth amendment right to a speedy trial, people waiting for a trial have lost their job, missed time with family, and fallen behind on bills.

The 8th Amendment of the Constitution of the United States of America prohibits “excessive bail,” although it does not define exactly what is excessive:

Excessive bail shall not be required, nor excessive fines imposed, nor cruel and unusual punishments inflicted.

(Emphasis above is mine.)

The article Getting Out of Jail after You Have Been Arrested lays down how “excessive bail” has been defined over time:

The Eighth Amendment establishes that no person can have an excessive bail amount set against them. This has been held to mean that bail cannot be used as a way for the government to raise money or to punish a person for being arrested. The Eight Amendment therefore ensures that bail is only used as a guarantee that an arrested person comes back to court at the appointed time.

However, one could take the position that any cash bail which exceeds the defendant’s ability to pay is excessive.

What is My Idea?

With cash bail, the money is returned to the defendant, assuming they make it to the trial and are declared innocent (or not guilty).

When the defendant is held in jail pending a court case, the time spent cannot be returned to the defendant. It’s simply physically impossible.

However, if bail has been set, then whoever set the bail (typically a judge) has determined that the value of the time served is equal to the amount of bail set.

Therefore I propose that bail be returned for those that were unable to pay and had to await trial in jail.

If a judge declares a $1,000 bail, and the defendant is unable or unwilling to pay and thus has to await trial in jail, and later the defendant is decare either innocent or not guilty, then that defendant shall get $1,000.

My idea may be good or bad. It’s just an idea.

What are your thoughts? Do you have any additional pros or cons to add? Do you know of anywhere that has implemented my idea, or maybe something similar?