I’ve been wanting to play around making Android apps for awhile now. Though difficult, I was able to setup things using Maven and IntelliJ. Almost everything was working - I could even build an APK and install it on my phone - but when I tried to run it on my computer via an Android Virtual Device, I needed to download some components via IntelliJ. Unfortunately, I received the following error: 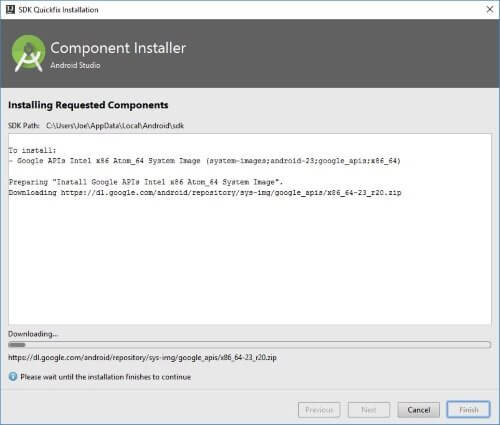 This is the window where the error appeared. I failed to screenshot the actual error, however.

From there I had to reconfigure the Android SDK in IntelliJ. When I went to download the Android Virtual Device components again, it worked with no problems.

This answer on stack overflow led me to my solution.