Happy Halloween! I thought today I would share a cute and funny (and maybe scary!) trick-or-treat story from when I was a little kid.

This was nearly thirty years ago… I was somewhere around five years old. Just a little kid. My mom - while dating my stepdad at this point - had not yet remarried, so my younger siblings were not yet born.

I was the youngest of three boys. Enthusiastic. Ready to go trick-or-treating on Halloween night.

We lived out in the country - or at least that’s how we referred to it. Not in any suburban area. Our split-level English Tudor house (which, as a kid, I didn’t quite understand since the house most definitely had more than two doors) sat on five acres of slightly rolling hills.

As such, the houses weren’t very dense, so if we wanted any chance of getting a decent amount of candy for Halloween, we had to go where there were more houses.

However, we also didn’t want to go to the city. It’s not that it was very far away. It’s just that, well, country folk don’t go to the city for trick-or-treating.

Instead, we went to one of those streets that curve around and come back to the road that they started. Not quite a dead end, but also no other way out. 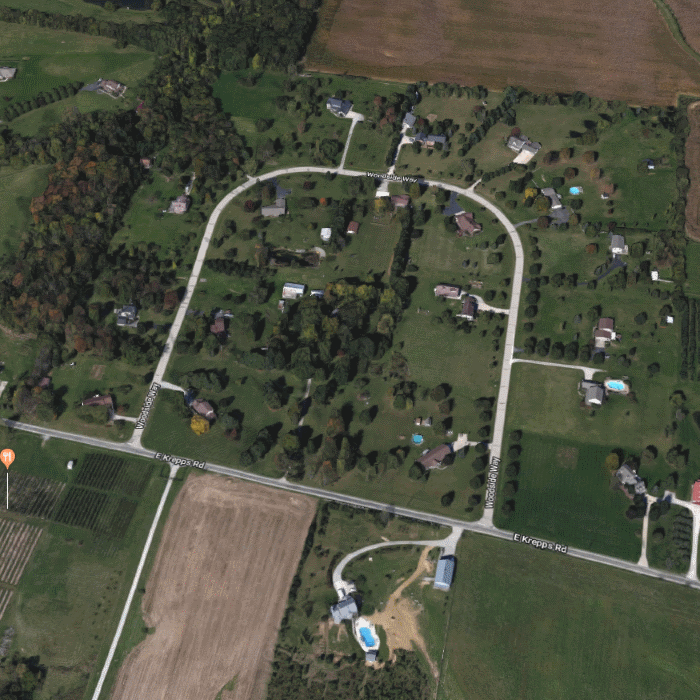 The road in question.

This particular year we started at the west end.

My two older brothers and I all hopped out of my mom’s car and headed, plastic pumpkin bucket in hand, ready to fill it with candy.

I don’t remember what costumes my brothers were wearing, but I only had on a rubber monster mask. More helmet than mask, this was one of those masks that go completely over your head. Heavy, thick, and my head would often sweat with the warmth the mask kept. 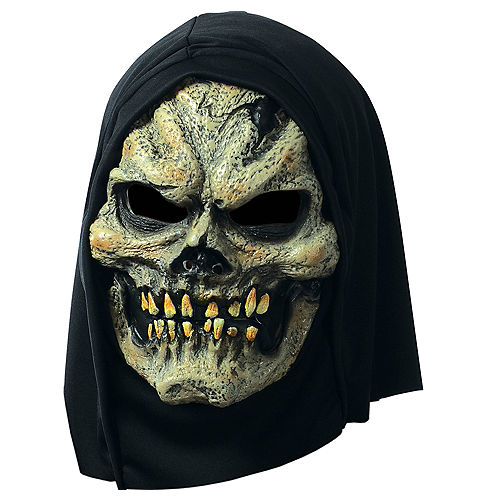 Not this one, but similar. Image from Party City.

The first house has a blue strobe light. But it was a light, which meant that there was candy.

All three of us happily march on up to the door. The house was modestly decorated - other than the blue strobe light, there was only a scarecrow sitting on a bench to the left of the front door. 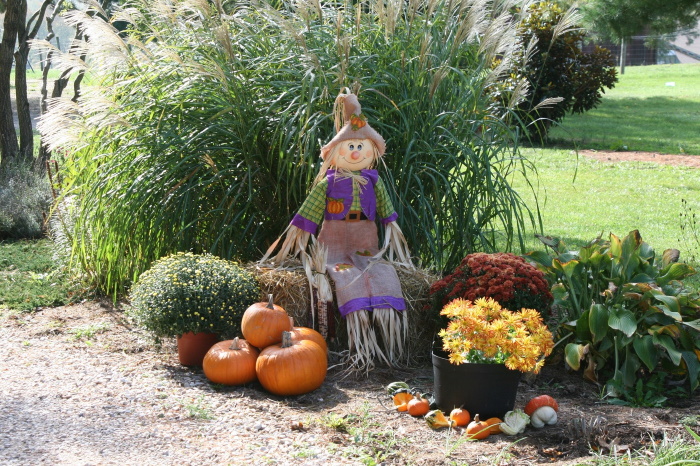 Image by lauralatimer from Pixabay

We ring the doorbell.

We ring the doorbell again.

This time, there was movement. Not from inside the house, but from the scarecrow.

Slowly and spookily the scarecrow began to stand up. Slowly he crept toward us kids.

The blue strobe light only added to the fear factor.

Speaking of fear - I freaked.

I screamed and threw my plastic pumpkin bucket into the air. As the scarecrow approached, I ripped off my rubber monster mask and used it to hit the scarecrow with all my five-year-old might.

I am insatiably curious - and have been all my life. The blue strobe light made the scarecrow look as if he were blue. Despite being terrified, I wanted to know if the scarecrow was blue, or if it was just the light. So, when my mom tells the story, she’ll often tell of my screams of “Are you blue? Are you blue?”

I ran back to the car without my pumpkin basket - or any candy.

My two older brothers - who were nowhere as scared as I was - came trotting back from the very haunted house, happy with their first score of candy for the night.

I confronted my fears and headed back to the very haunted house with my basket.

There the scarecrow stood still in the flashing of the blue strobe light.

I approached him cautiously and held out my basket.

He gradually raised his arm until his hand was over my basket and dropped a couple of pieces of candy into it.

I scurried away from that house as quick as I could.

On the way to the next house, we passed some other trick-or-treaters, so I made sure to warn them of the very haunted house. 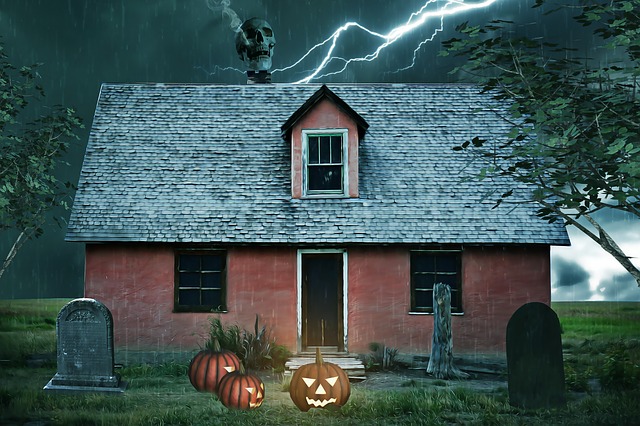 Image by Enrique Meseguer from Pixabay

Today, thirty some odd years later, it’s a story that gets told frequently in my family. And despite hitting that guy with my mask several times, I probably made his night.