Time as distance. We live in three dimensions spatially. Add time, and now we have four. But is time really that different than space?

Our language - or at least English - even allows using the same adjectives and adverbs to describe both time and distance. It was a long time ago. Anacondas are long snakes. I will be home shortly. Someone under four feet tall is short.

Or can we? Is there some way to convert spatial dimensions into time dimensions - and vice versa?

I think too much, but I’m not the first person to ask this question.

Back to my idea (well, someone else’s idea, really) that time can be converted to distance. Since we have something that has all its speed in the spatial dimension - namely, light - that might be our conversion.

In other words, just like 1,000 meters equals 1 kilometer, or 5,280 feet equals 1 mile, 299,792,458 meters equals one second. Time and distance are measuring the same thing, we just perceive them differently.

Back to the “always going the same speed” idea: my first thought is that your speed vector and time vector would combine:

Time and space vectors combining in the same direction.

Where “total speed” would equal the speed of light (aka “max speed”) and Δspace and Δtime would each be a fraction of that max speed. To make things easy, we’ll use the traditional “c” variable for the “total speed”:

This would make the time dilation equation linear: 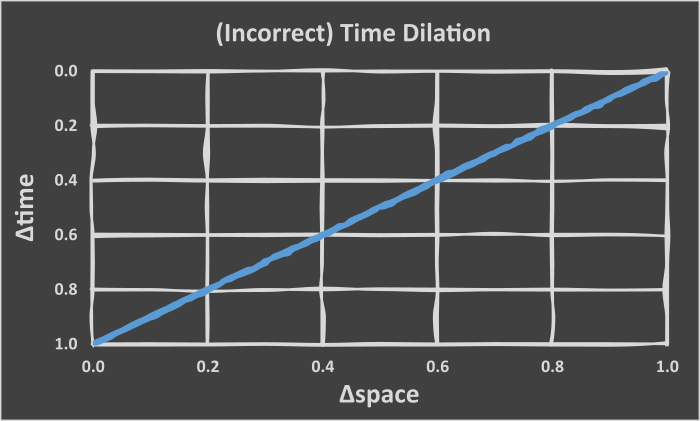 It turns out there are many people much smarter than I am, and the equation for time dilation actually is:

To clarify that ¹ᐟ² is the square root: 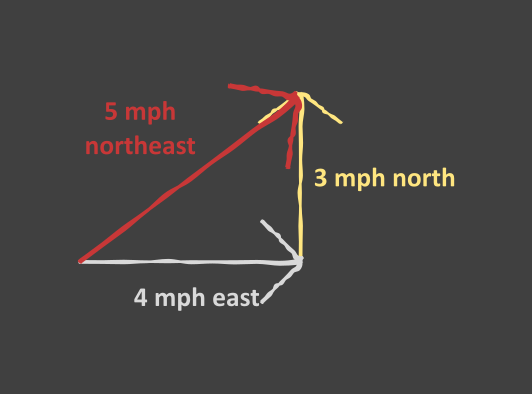 We can use the good ole Pythagorean theorem to figure that out:

Now let’s try it with time and space: 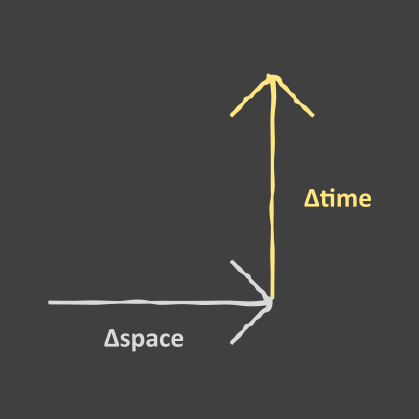 That’s closer to the correct equation:

Either t or t₀ represents a whole c, where the other is a percentage c. That is, one of them is 1, while the other is between 0 and 1 (inclusive). I’m going to assign t to 1, since that will make my equation the same as the correct one:

Remember, my equation was: 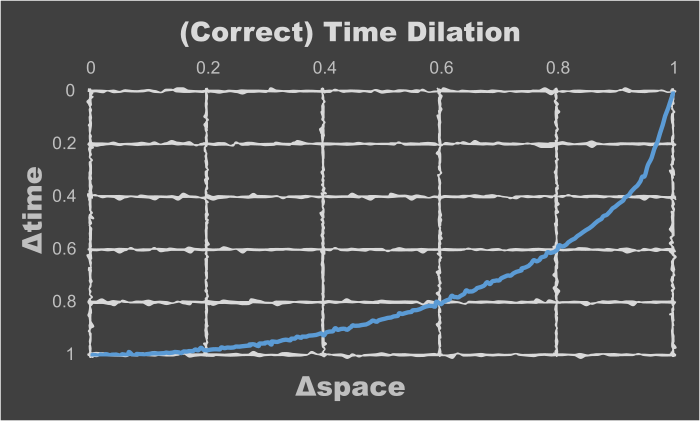 (Assigning c to one, as well as assigning several other physical constants to one, has been done before by people much smarter than me. See natural units on Wikipedia.)