So I’ve started doing my Federal taxes and I had a bit of a sticker shock, at least when comparing it to my previous year’s Federal taxes.

It seems that the Child Tax Credit and Dependent Care Expenses have been gutted for 2023 - that is, tax year 2022 that everyone will be filing in 2023.

I guess I knew this was coming - especially the child tax credit part - but it was still something to see.

Child Tax Credit and Credit for Other Dependents

This is reported on schedule 8812 and calculated on the line 5 worksheet in the instructions. 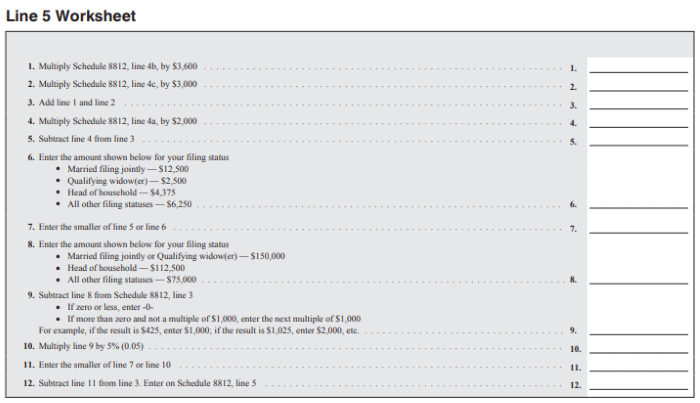 The credit did begin to taper off at a rate of five cents for each additional dollar made above a certain amount. That “certain amount” was $150,000 for married filing jointly or qualifying widow(er), $112,500 for head of household, and $75,000 all other filing statuses.

However, for the 2022 tax year (which is everyone will be filing this year, if you’re reading this in the beginning of 2023) $2,000 per kid under 18 with no extra for younger kids. (And the calculation is simpler and done on the form itself - no line 5 or other worksheet.)

It does taper of at a rate of five cents for each additional dollar made above a certain amount, but that “certain amount” is higher than in 2021. It’s now $400,000 for married filing jointly and $200,000 for all other filing statuses.

Kids are only qualifying if they attend a paid-for daycare. So if you pay for one kid’s daycare, but somehow get free daycare for the other, then only one counts towards the max spent.

As far as the credit goes, you could take a credit up to 50% of qualified expenses. The rate you can take a credit does begin to tapered off at an increasing rate after $125,000 of income (approximately one percentage point for every extra $2,000 of income, although there’s a big jump at the 20% mark). 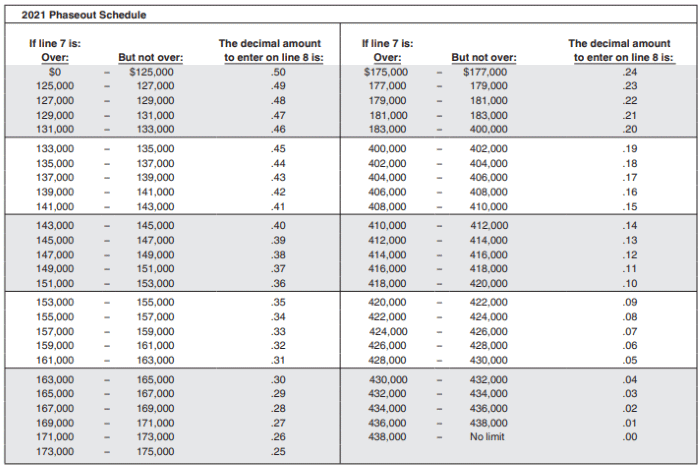 So the largest possible credit someone could take was if:

For 2022, the credit was reduced significantly both in the amount of expenses that qualified and the percentage you could claim.

Table from line 8 on the 2022 Form 2441 showing the rate you can deduct versus your income.

So the largest possible credit someone could take was if:

Which is more than last year, but only because I spent so much more.

Always, always, take the advice of a tax professional before what a random blog post on the Internet says.

This post does not constitute advice, and is for informational purposes only.