February is a short month (and the only truly four-week month) but I still managed to finish two books. And, of course, I’ve read plenty of children’s books to my son.

If you’ve been following these book reading lists since at least last December, you’ll know that I’ve discovered Prime Reading - a benefit of Amazon Prime where Prime members can borrow up to ten ebooks at a time.

Both the books above I read via the Prime Reading program. 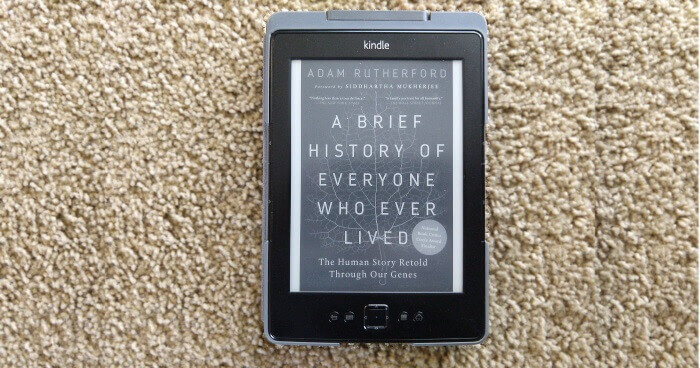 The cover of A Brief History of Everyone Who Ever Lived on my thrift-store-bought Kindle.

The thing with reading to my son is that I have to find ways to ensure he’s a captive audience. As I’ve said many times in previous posts, he’d much rather be on the floor exploring and playing than being read to.

Have you read any good books lately?