Perhaps it’s old news by now, but Alexandria Ocasio-Cortez (“AOC”) recently proposed a top marginal tax of 70% on people who earn more than $10 million. Instead of arguing the merits (or lack thereof) of this proposed tax, people instead seem to be arguing exactly what a marginal tax rate is.

Confused about how marginal tax rates work in general? Check out Time In the Market’s post A Simple Explanation of How Tax Brackets Work.

The myth that crossing a tax bracket threshold means that you will make less money is strong. I first remember hearing people saying that they make less money due to taxes during my high school pizza-slinging job, and have even heard it said at my current white-collared software engineering job:

However, provided that there is never a tax bracket with a rate that is higher than 100%, it is never disadvantageous to make an additional dollar. That is, no additional income will cause the net (after-tax) income to decrease.

This is a simple mathematical fact.

In the above examples, Alice’s effective tax rate is double Bob’s, but she does not “bring home” less money due to making more.

While mathematically they’ll never reach the 30% - just get oh so close to it.

Below is a visualization (also known as a graph) of the effective tax rate for my example marginal tax rate: 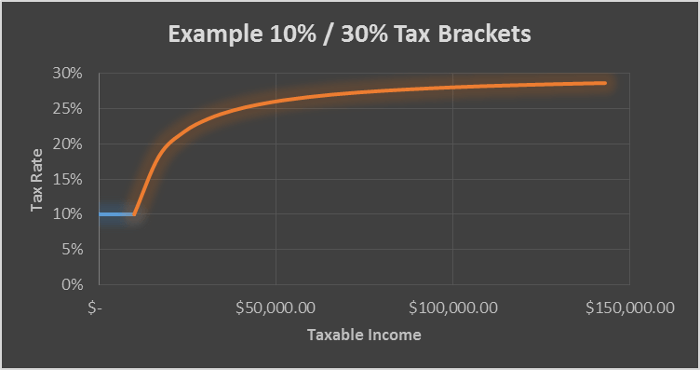 If I were to graph it in a similar way as my example, it would appear as follows: 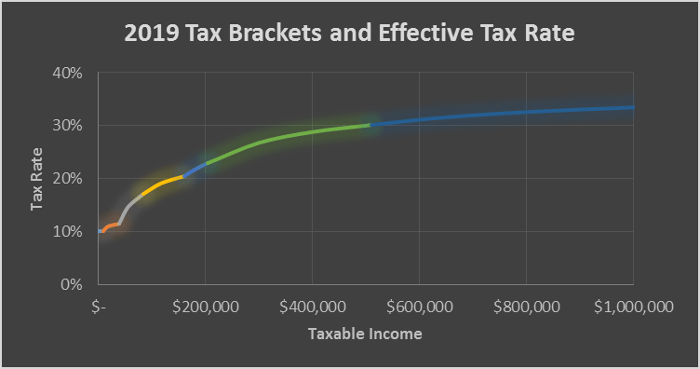 To further visualize that you never make less by making more - even when crossing tax bracket thresholds - I created a graph comparing taxable income to gross (after-tax) income: 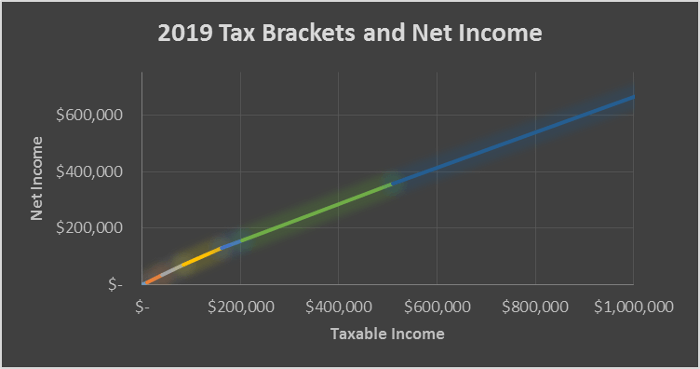 So don’t turn down that promotion or raise because “it isn’t worth the extra taxes.”