December didn’t disappoint and had two to three times the sales as my other months. In total, I made about $959.94 out of a total of $9,276.79 in sales, meaning my share of Amazon’s revenue is just a hair above 10%. I sold 580 “units” (units being individual products, which isn’t just shirts since Amazon released Popsockets) and only had 6 canceled and 12 returned. That’s roughly a 3% cancel and return rate.

The aforementioned First Half 2018 report was from the timeframe of January 1, 2018, through June 30, 2018. This report is the remaining of the year - July 1, 2018, through December 31, 2018. I have another post, My First Seven Months on Merch by Amazon: Sales Report, where I report on some of my 2017 sales, although in that post I don’t explicitly state the timeframe.

Onto the numbers with pretty graphs: 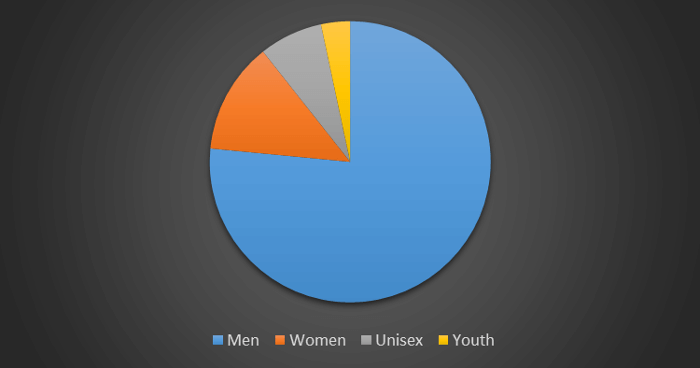 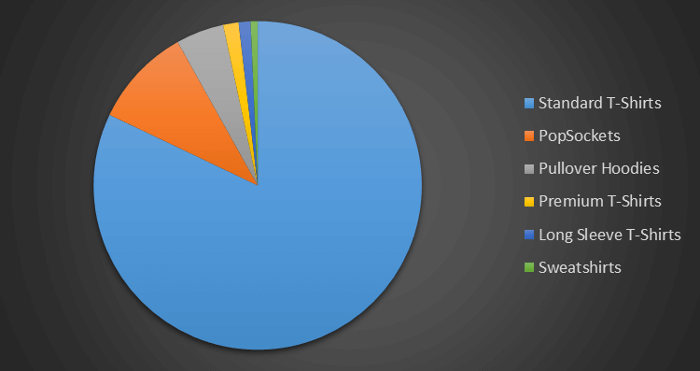 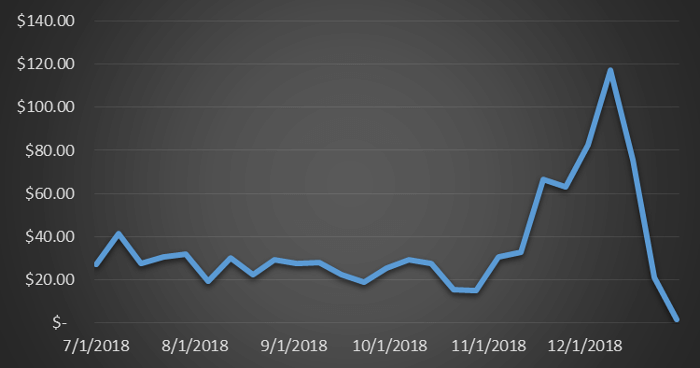 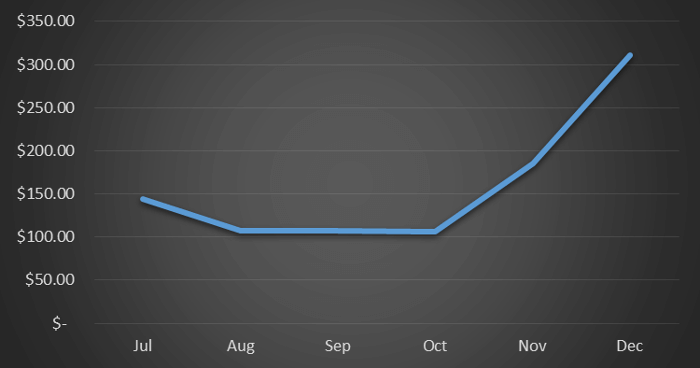 I do use other print-on-demand t-shirt sites, namely Redbubble, TeePublic, and Teespring, but I barely make pocket change on those sites.

If you want to check out my t-shirt designs on Amazon, I set up a special Amazon search page for my t-shirts as well as a similar page for my PopSocket designs.