Interesting Reads for the Week Ending May 28th

Starting today, and every Friday, I will be sharing some of the most interesting things I read over the week.

There are a few ground rules for the items I’ve decided to share. First, it can’t be anything I wrote. You can find those on my monthly blog stats reports (or on any index on this blog).

Second, it has to be something I actually read. Nothing that simply had an interesting headline.

Third, I have to have read it since the previous post. For this first post, it has to be something since last Friday (the 21st). It does not have to be something that was written in the past week. It doesn’t even need to be that “current.”

And finally, it has to be something I read online. In other words, it has to be a webpage with a URL. I already write about what books I read in my monthly book reading list posts.

I haven’t yet decided what to do if a Friday coincides with the 20th (the day I post my monthly blog post report). I might gasp post two posts in one day. The next time the 20th falls on a Friday is this August.

The first article is National Geographic’s Humans have ‘stressed out’ Earth far longer, and more dramatically, than realized. I heard before that people have been affecting climate since at least the agricultural revolution - long before the industrial revolution and factories that pump out carbon emissions.

The next read is this Hacker News thread on the new F-150 Lightning. It’s not that Ford’s page on the all-electric truck is bad, it’s just that Hacker News isn’t going to be promotional. The biggest “game-changer” of this truck is the potential for it to power electric tools at a job site (it’s got standard 120 V outlets) plus it can power a house for 3 days.

Text Editing Hates You Too talks about the difficulty in developing even the (supposedly) simplest of software products. In the case of the article, a text editor. Feature creep can be real.

Triangular turtles is the topic of Past And Future Turtles: The Evolution Of The Logo Programming Language (Part 1). If you’re a kid of the 80s or 90s and your school had an Apple II computer, you may remember this little turtle you programmed to draw things on the monochrome (but a green monochrome for some reason) screen. 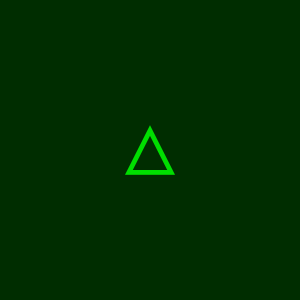 A local paper talked about going to the mall back in the day in Flashback Friday: Dayton’s Gen Xers share their favorite mall memories. Now, technically, I’m a “millennial” but I feel closer to Gen Xers. I think that’s mostly because for most of my life there was no term to describe my generation. I’m also a so-called geriatric millennial. But, yeah, I was never a mall rat, but I spent my fair share of time at the mall.

I have to mention that I read the Scrum Guide. I’m getting the PSM I certification for work. Well, actually, I got it - just check out my Scrum.org profile. Passed the test with a 92% (an 85% or above is passing). Work paid for it. Will it benefit my career? Only time will tell.

I like empirical experiments with lots of data points. That’s why I liked The Best Interest blog post Does “Buying the Dip” Work For Bitcoin?. In the post, he comes up with an empirical method to see if “buying the dip” would be better than simple dollar-cost averaging. And he does it in a way that is blind to future movements.

Nikita Skobov asks the question Have you ever hurt yourself from your own code? and shares a time when he hurt himself while coding something. It involves headphones and loud, static noises.

Finally, and sadly, the New York Times reported that Eric Carle, Author of ‘The Very Hungry Caterpillar,’ Dies at 91. I have read several of his books to both of my children. My son especially likes his Brown Bear, Brown Bear, and Polar Bear, Polar Bear books.

From the Eric Carle Team: It is with heavy hearts that we share that Eric Carle, author & illustrator of The Very Hungry Caterpillar and many other beloved classics, passed away on 23rd at the age of 91.

Thank you for sharing your talent with generations of young readers. pic.twitter.com/wuMe4eqVXo