We Bought A Car

About nine months ago I wrote about how we bought a van. Well, over the weekend we bought a car.

The reason for buying a car was similar to the reason we bought the van - to have a bigger vehicle for our growing family.

My old car - a 2007 Chevrolet Cobalt - was in decent shape, at least mechanically. It was starting to have a fuel leak somewhere underneath the hood (which I was pretty sure was either the fuel injectors or, more likely, the fuel injector seals). It needed tires, too, mostly from dry rot.

There was some cosmetic damage to the rear end from backing into a mailbox many years ago.

I began my search on CarGurus, which shows used car prices from traditional dealerships. I also looked on CarMax’s website and Carvana.

Since my wife is a Honda person (and comes from a Honda family) I looked for a full-size sedan from Honda. It turns out, Honda doesn’t have a sedan that is considered “full-size.” The Accord is considered “mid-size.”

I’m more of a Chevy person, but I’ve heard rumors that GM will be discontinuing many of their car platforms, including the Impala and even the Camaro, and isn’t putting resources into developing these platforms.

In the end, I settled on the Accord. I actually narrowed it down to two specific cars at the dealerships: a 2015 Honda Accord LX and a 2016 Honda Accord LX.

I peeked under the hood while the salesman went inside to get dealer plates. Everything looked okay - but since it has a CVT (a Continuously Variable Transmission) there was no tranny dipstick. I went to each corner of the car and pressed down to check the suspension. No bounce, that’s good.

Thankfully the aluminum rims allowed me to peak at the brakes. All four wheels had plenty of brake pad left. The rear discs did seem a bit rusted and grooved, but nothing to be concerned about.

For the test drive, I made sure to hit a bump on each wheel. No clunking sounds.

The front tires where new - they still had what I call “the pokey things” that are a product of the manufacturing process. (Apparently, they have a name - “vent spews”) The rear tires still had plenty of tread on them.

I only test drove the 2015 Accord; I didn’t look closely at it mechanically. I did notice an odd vibration at idle. This vibration was barely noticeable and might not really have been anything, but definitely pushed me towards the 2016 Accord.

The salesman didn’t accompany us on either of the test drives, so it gave me ample time to discuss things with my wife in private. We pretty much settled on the 2016 Accord while test driving the 2015 Accord, which is why I wasn’t concerned with looking it closely.

Oh, and we turned down the extended warranty, which the finance guy was not happy about. When explaining the extended warranty to us, he heavily implied to us that we had to choose one of the options he presented. When I told him I tend to work on vehicles myself, he told me Honda wouldn’t let me and that things were “proprietary.” He was full of, well, you know. 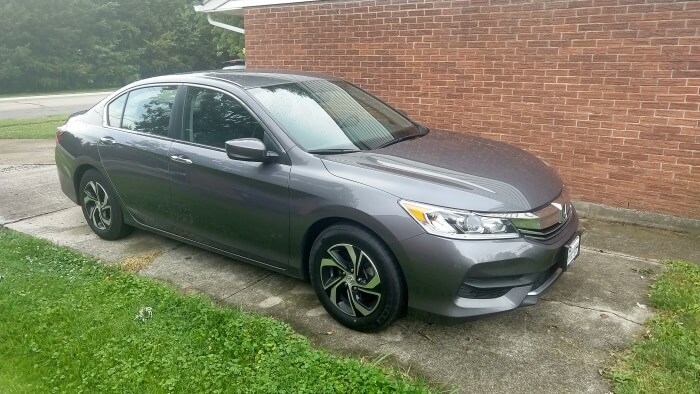 This is the longest I’ve ever driven a car.

I took it down to CarMax to see what they would offer me.

Before I did I checked its value on CarMax’s website - although it seems they don’t have the online appraisal anymore.

Here are the last two pictures of my old car, moments before CarMax handed me the check: 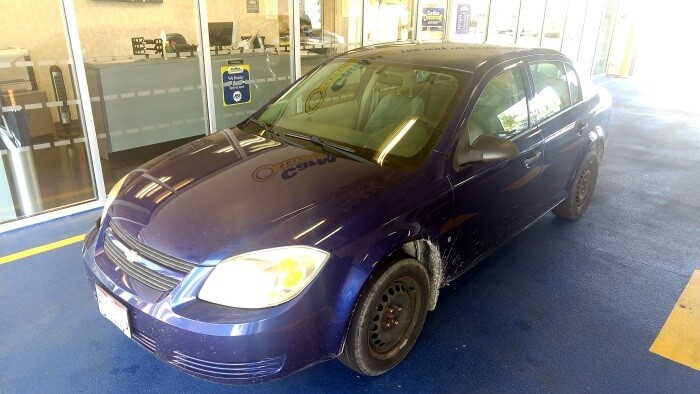 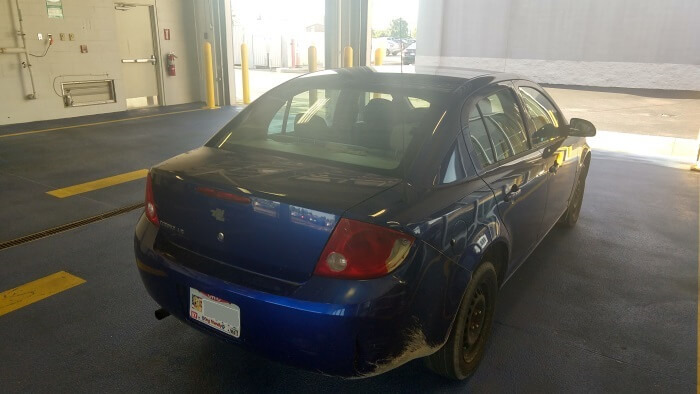 I had lots of memories in that car; I’ll miss it.