The first half of 2019 is almost a month over. This makes it a good time to give a sales report on my t-shirt / print-on-demand side hustle.

Perhaps a bit overdue, since we’re nearly a month into the second half.

If you want to check out my other t-shirt sales reports, here are some links:

This report spans the time from January 1, 2019, through June 30, 2019. It details what products I’ve sold, and what the royalties are on them. It’s not necessarily what I’ve been paid (i.e. what’s been deposited into my bank account) since there is often a delay from when a product is sold to when I get paid.

Seriously. I haven’t had any luck with Teespring. I have, in the entire time I’ve had t-shirts on TeeSpring, sold a few. But that’s it.

Since I don’t do well with Teespring, I also put no effort into it anymore.

I’ve made a whopping $15.88 on Redbubble in the first half of the year. Which is much better than the zero I’ve made on Teespring.

I also don’t get paid as often with Redbubble as I used to since the reinstated their $20 threshold policy.

Month-by-month, here’s what I’ve made on Redbubble: 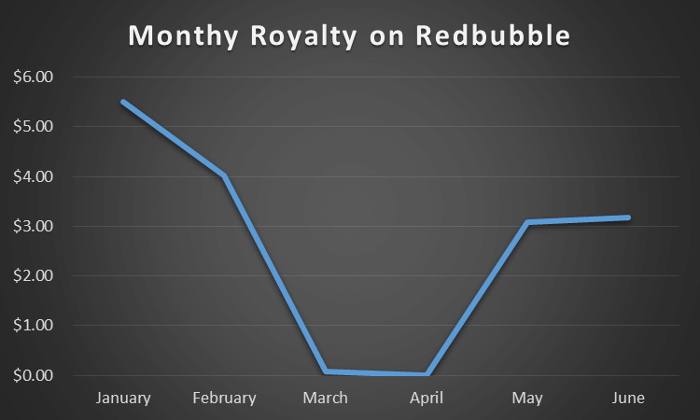 Here’s the breakdown of how much royalty I’ve made on each product type: 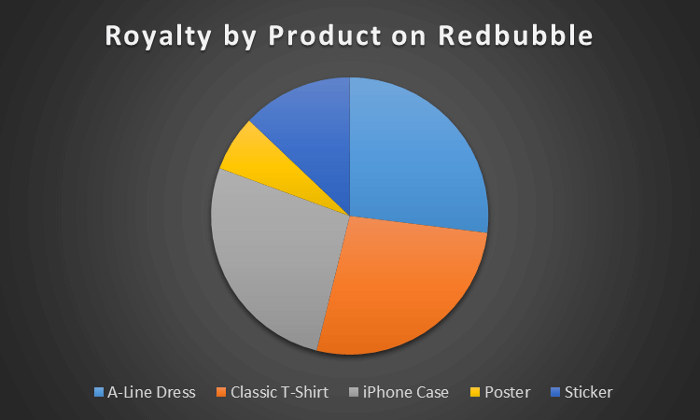 Royalty by Product on Redbubble

Redbubble also breaks down how much I’ve made in sales by country. The breakdown is as follows: 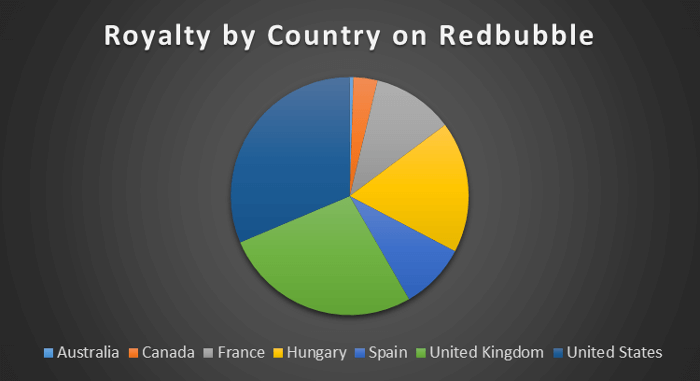 Royalty by Country on Redbubble

I’ve made $47 on TeePublic the first half of this year. Which is more than pocket change, but not enough to live on. 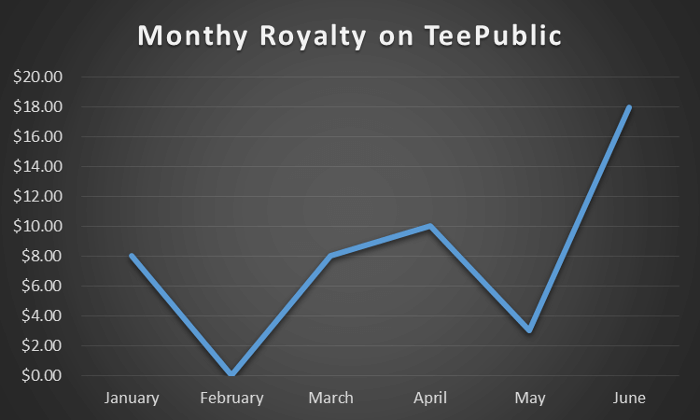 And the breakdown of how much royalty I’ve made on each product type: 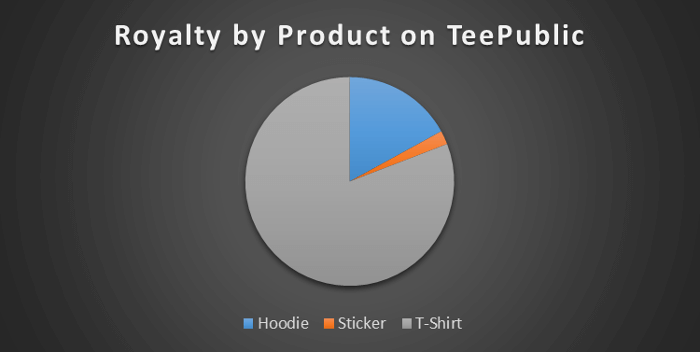 Royalty by Product on TeePublic

TeePublic also breaks down the sales by size: 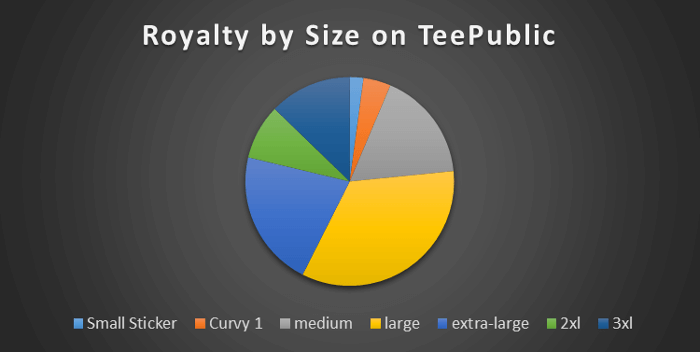 Royalty by Size on TeePublic

And color as well (note that “N/A” is for the stickers): 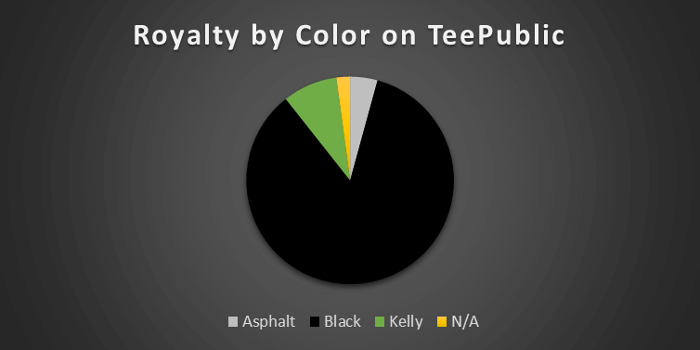 Royalty by Color on TeePublic

This certainly dwarfs any of the other print-on-demand platforms - even combined! 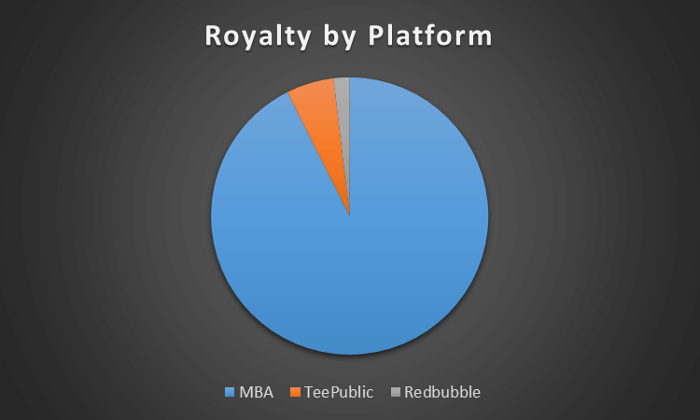 Pie Chart showing how much MBA dwarfs Redbubble and TeePublic

Even one month on Amazon beats six months on TeePublic.

The monthly sales for Merch by Amazon are: 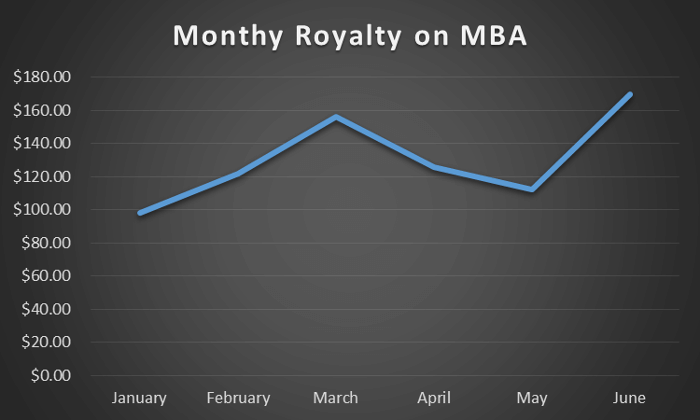 Broken down by gender, where gender is applicable: 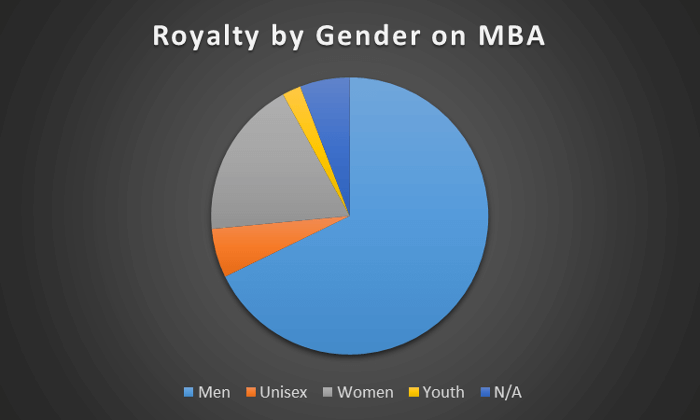 Royalty by Country on MBA

And size (again, sometimes not applicable): 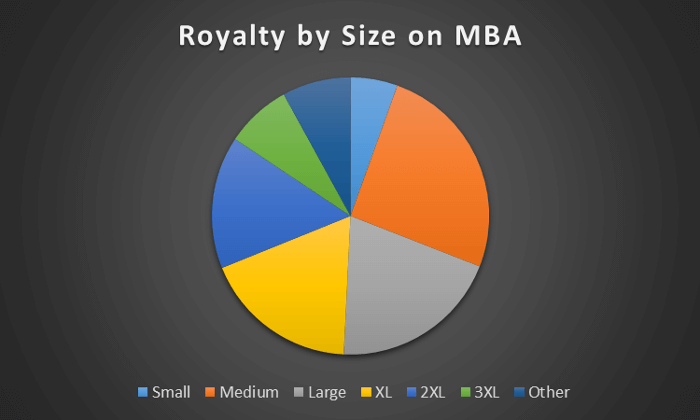 Royalty by Size on MBA 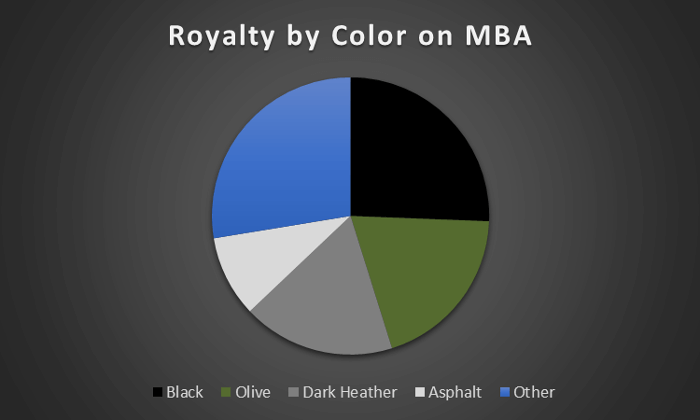 Royalty by Color on MBA

And product (everything is applicable here): 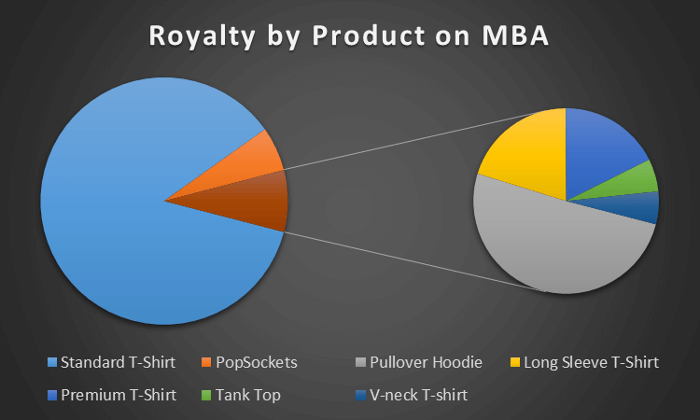 Royalty by Product on MBA

One frustrating thing with Merch by Amazon is that you get negative royalties if an item is returned. That said, of the 327 units sold during the first half of 2019, 7 were canceled, and 11 were returned.

That’s a cancel and return rate of about 5%.

Still totally worth it.