Throughout the winter (from October 31st through February 28th) I took a selfie every night before I went to bed. I also didn’t shave.

I used Facelapse - Selfie A Day & Baby Time Lapse Maker to auto-orient the photos and export them as a video.

I had named the photos according to the date I took them: 2020-12-31.jpg was the selfie I took on December 31, 2020, for example. (The initial files were auto-named with the date in the filename - the aforementioned file was called IMG_20201231_215608354.jpg before I renamed it. Using the PowerToys PowerRename utility I was able to quickly rename many at once).

Thankfully, with the Powershell Set-ItemProperty command, I was able to change the last modified date:

Of course, I didn’t type each command individually. I copied a list of the files (using the old dir/b *.jpg > files.txt MS-DOS-style command), copied that list into Excel, and quickly generated the 121 commands I needed. Next, I copied those commands over into Notepad++ so that I could remove the unnecessary “tab” whitespace and double-check they looked correct.

I was then able to copy those commands directly into the Powershell terminal.

Finally, I had to force Google Drive to update the last modified date - to do this, I merely had to move the images from one directory to another.

I dragged all 121 images at once from my File Explorer onto the Inkscape canvas. Then, making sure all the images were selected in Inkscape (CTRL-A), I selected Object > Arrange from the menu, and then clicked on the “Arrange” button in the arrange panel that popped up: 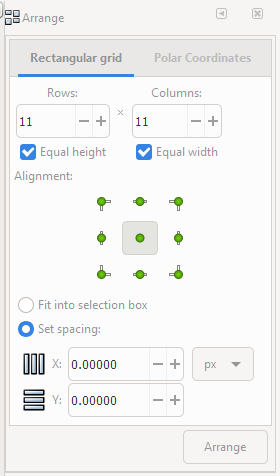 I created the scrolling text with DaVinci Resolve 16.

I also used DaVinci Resolve 16 to insert the 11 × 11 grid of faces along with the title text on the first frame.

DaVinci Resolve 16 also gave me a proper file format, along with the proper resolution, to upload to YouTube.

Windows 10 Video Editor comes with several music tracks to use with videos. Some are sillier than others. I listened to several before I settled on one called “Arcade Party.” 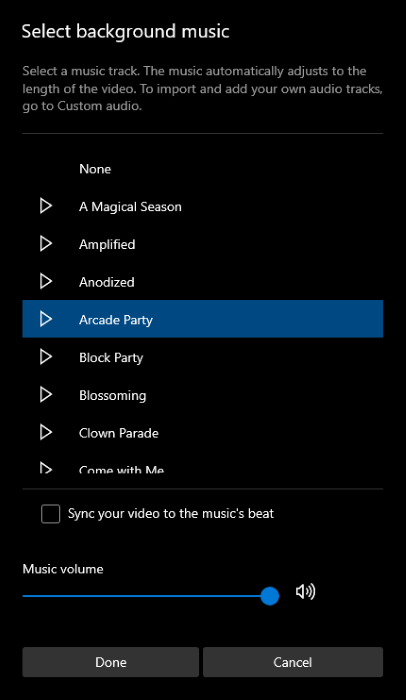 For whatever reason, YouTube wouldn’t let me select the first frame to use as the thumbnail - the frame that contains the title text along with the 11 × 11 grid of faces.

Thankfully, VLC player will take snapshots of any frame in any video (Video > Take Snapshot), and I was able to upload that snapshot as my thumbnail.