If you’re like me, most of the mail you get anymore is junk mail. One common type of junk mail is “scratch-off promotions” from car dealerships. You know, those lottery-looking pieces that seem to award everyone the top prize?

Well, I responded to one. 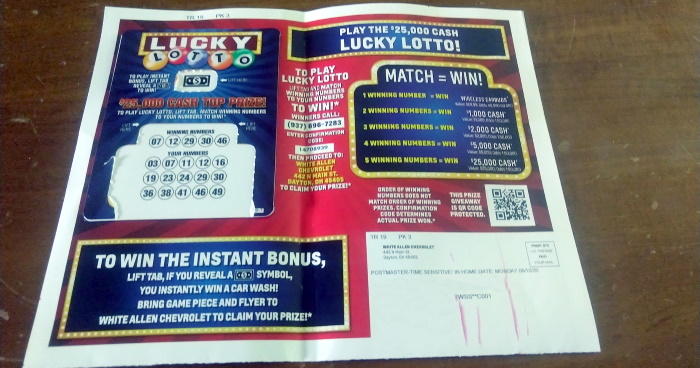 The junk mail I responded to.

How Do the Car Dealer Lottery Mailers Work?

So how do these car dealer lottery mailers work? How do they make it look as if everyone wins, but get away with no one winning? 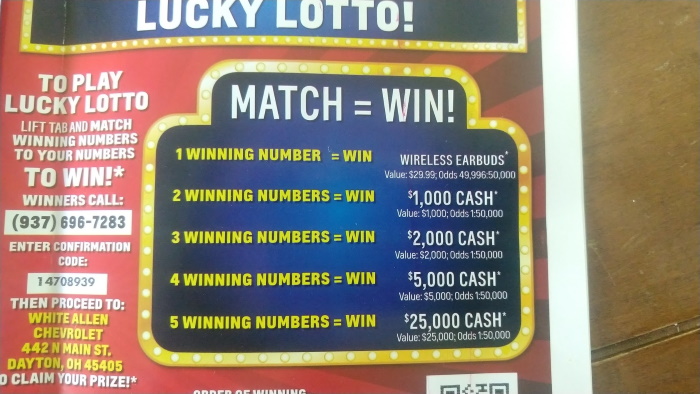 Now take a look at the “lottery” card: 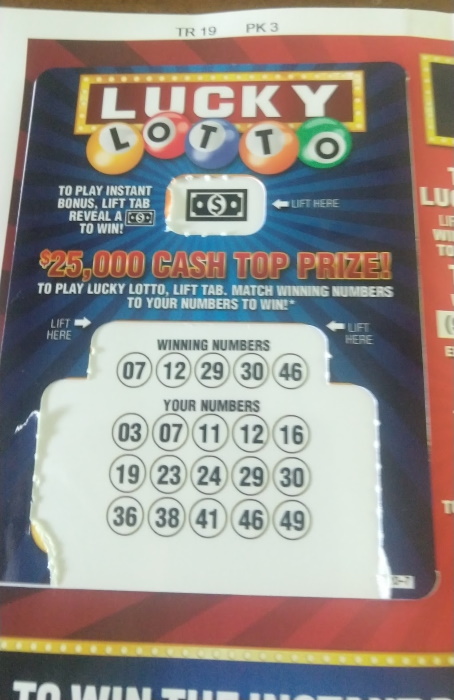 Does that mean that this lottery card is a grand prize winner - worth $25,000 cash?

To the left determines what lottery cards are winners (except they’re all winners) and to the right simply lists what the prizes are. There is no relationship between the two.

Some cards only reveal this in the fine print. This one was a bit more explicit - below the prize list read this disclaimer:

The Fine Print and the Odds of Winning

The fine print listing the odds of winning.

So long as I show up, I’m walking out with at least a set of (cheap) wireless earbuds.

I’m an introvert, so showing up wasn’t exactly easy. I feared that whoever I ended up talking to would try to strong-arm me into buying or leasing a car.

We don’t need a new car - we bought a new-to-us van two years ago and a new-to-us car a year ago.

Thankfully, there was no sales pressure when I got there. I was quickly able to get in, talk briefly with who I assume was a sales associate, grab my wireless headphones, and head out.

The dealership that I had to go to is sprawled out across several blocks downtown. Actually, it’s several dealerships with a single name - over time, the dealership expanded to multiple makes.

The mailer stated that the offer was through the Chevrolet branch of the dealerships, so naturally, I went there first. Except I must have gone to the new - not used - part of the dealership.

I walked in and, as you’d expect at a dealership, a salesman asked me if he could help me.

“I’m trying to found out how to redeem this,” I told him referring to the mailer I was holding in my hand.

“All the action’s across the street,” he replied, “You can stay parked over here, though.”

I thanked him and walked across the street to another building with the same name as the place I had just left. At this building, I was greeted outside by a young gentleman in business casual, but no name tag or any indication he worked here.

Since he greeted me (and held the door open for me) I asked if he worked here. He replied that he did, and we walked to a long folding table with a couple of folding tables.

There were quite a few people in the building - probably many of whom had fallen for the “trick” thinking they had won $25,000 - and yes, they were all wearing facemasks. After all, prize or not, we’re still in the middle of a global pandemic.

What he did ask me was my name, phone number, and a couple of questions about my current vehicles (make, model, & milage). He also said something about a raffle.

With the form filled up, we stood up and turned around and faced a small poster - probably around two feet wide and three feet tall - which had a picture of each of the prizes with a number underneath each picture. Except the earbuds didn’t have a number, just the phrase all other confirmation codes.

Unsurprisingly, I didn’t win any of the top prizes. No cash for me.

The gentleman went to a back room and came back with the set of wireless earbuds, brand new in the box, and handed them to me.

“By the way,” I asked, “what is that raffle you were talking about?”

“By law, we have to give away the top prizes,” he explained, “so if the winner doesn’t come in, we raffle it to someone who did come in.”

I’m not sure there is such a law, but I do think he honestly believed that. Maybe it’s just a trick to get people to hand over their information, I don’t know.

Oh, and at least according to my Google timeline, I only spent six minutes at the dealership. I spent more time driving there and back.

The prize was a cheap set of wireless Bluetooth earbuds. The fine print said they were a $29.99 value. 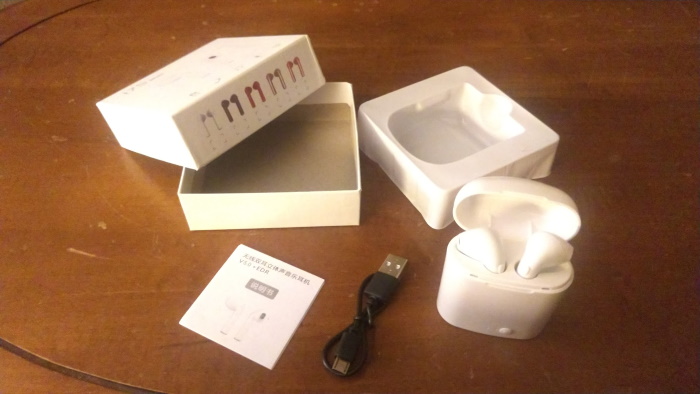 I think I found the same pair of wireless earbuds on Amazon. At the time of this writing, the “list price” is $39.99 but the “current price” is $29.94. It might change by the time you’re reading this.

Who knows what the dealership paid for the earbuds - probably less than $29.99 each.

I have tried them out already - I used them to listen to some podcasts while I went on a run Wednesday morning.

I could only get one to work, but I don’t know if the other one really didn’t work, or if I simply didn’t know how to correctly pair it. I did find a Youtube video demonstrating how to properly pair both earphones:

I might try collecting the prizes from these “lotto” mailers in the future, so long as I actually want the prize, and continue having no hassle in getting the prize.